Madeira, also known as the Jewel of the Atlantic, is a perfect mix of European charm and a classic upscale island destination (Hawaii mixed with a European village) and is almost completely unknown to most Americans. American’s are flocking to Portugal, but Madeira’s vacationers still come primarily from the UK and Germany. YOY increase in American’s traveling to Madeira is 16%, but off of a very small base. Perfect to combine with Porto or Lisbon (both of which are super-hot) as Madeira is only a 1h30 flight from mainland Portugal with an average of 10 flights per day. 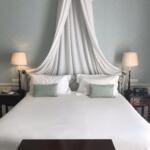